I was thinking about what a devote Nine Cent Girl reader recently said to me, something like, I wish you were less of an English teacher. As he went on to explain, I think either he faulted or I stopped listening or we were both distracted, regardless, after reflection, I came to my own assumption that sometimes I need to rant more. Get a bit crazy. After Hillary’s “Basket of Deplorables” comment about the supporters of The Businessman I thought, what better time than this? 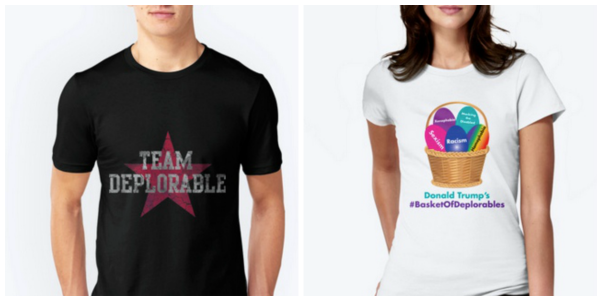 First of all, that The Businessman is a legitimate candidate for the President of these United States is deplorable. Why?

Well, stop in any elementary school and ask any kid. They will explain how a trajectory of sketchy and deplorable business practices, all self-motivated and gained through ancestry, isn’t a worthy enough record to achieve the highest office in our country.

Second, that his followers chant, in unison, from coast to coast,”Lock Her Up” among other violent and mob-mentality refrains is deplorable. Why?

Hasn’t she been cleared of any and all wrong doings by every investigation into every possible accusation? Right?!?!?

Third, that this, dare I say, candidate, the first in 40 years to refuse to release his tax returns, is deplorable. Why?

Quite simply, why is he above decorum and protocol and transparency?

Fourth, that “Throughout last fall and into the winter, Trump continued to accumulate support among white nationalists” (AKA: KKK) (Osnos, The New Yorker) is deplorable. That The Businessman, “with his claim that thousands of people in New Jersey (with its “heavy Arab population”) cheered the destruction of the Twin Towers; with his claim that 81 percent of white murder victims are killed by blacks” (Kinsley, Vanity Fair) is deplorable. Why?

If not to stir up racial and cultural and ethic prejudices, then what is his purpose? Sounds to me like Hillary was stating the obvious.

Ignoring fact and truth of all sane peoples, The Businessman built his platform on hatred and fear, and those who support him, support these views. Period. There are so many sound bites to play, so many transcripts to read, so many interviews to re-watch, no matter, they all lead in this same direction: a flaming path of division and discord. Is that not deplorable?

Should Ms. Clinton not have stated the obvious? She did note the other 50%, although that part of her speech got no coverage:

“But the other basket — and I know this because I see friends from all over America here — I see friends from Florida and Georgia and South Carolina and Texas — as well as, you know, New York and California — but that other basket of people are people who feel that the government has let them down, the economy has let them down, nobody cares about them, nobody worries about what happens to their lives and their futures, and they’re just desperate for change. It doesn’t really even matter where it comes from. They don’t buy everything he says, but he seems to hold out some hope that their lives will be different. They won’t wake up and see their jobs disappear, lose a kid to heroin, feel like they’re in a dead end. Those are people we have to understand and empathize with as well.”

Hillary is kinder than I am. I don’t understand or empathize with anyone who actually thinks that The Businessman should be President of our United States. I see nothing that my father or grandfather, or mother or grandmother, would have voted for in his demeanor, his work history, his goals or platform or vision for our country. They would be as appalled as I am, and as far as I can see, any educated person should be. He has ignited, actually re-ignited racist, sexist, homophobic, and xenophobic behaviors. He allowed a space for these dangerous behaviors to normalize. I am embarrassed at his comments but even more so at the call and response during his rallies. Daily his parade of insults crowd our air waves and news broadcasts and media headlines.

I’m not in this basket. No where near it. I am settled into a communal basket, with others who have empathy for those fleeing persecution and want to DO something to help. With a swelling crowd of scientists who accept global climate change and are working to DO something about it. With engineers, who instead of threatening a wall, want to build sustainable resources to better maintain our planet. With teachers and students, who believe that despite their origin, they can make a better life through education.

I want a President who feels the same. I want a President who loves this nation, with our melting pot of cultures and complexity, who is not shouting insults at people of color, people in poverty, people who have come here “bought, Sold, stolen, arriving on a nightmare Praying for a dream” (Maya Angelou) but in fact helping these broken souls. Let’s call this the basket of excellence. Let’s vote for that. 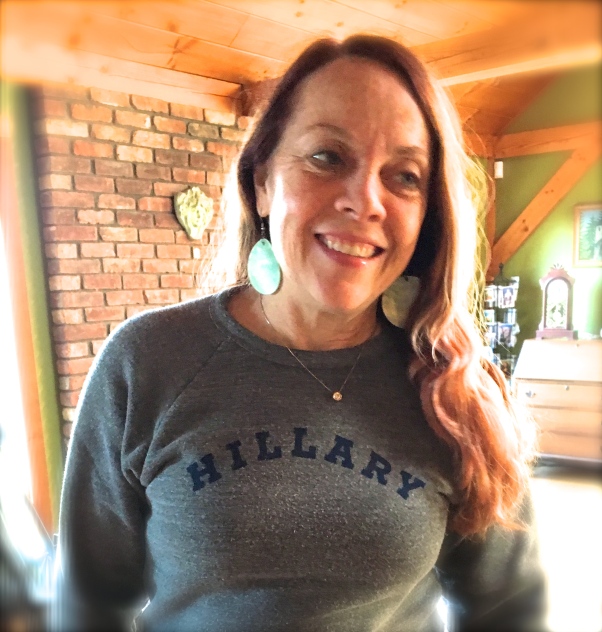