When did it all start, this pronouncement of this 8 letter word as a 4 letter one? When did feminism become profanity? 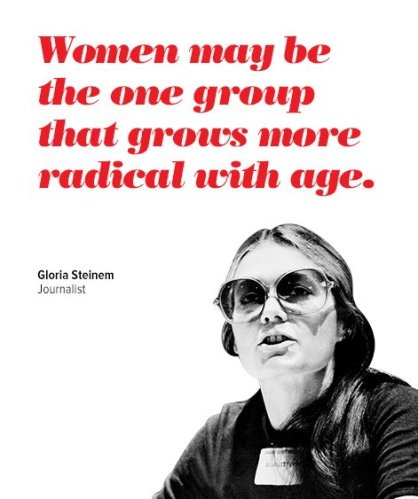 Perhaps as far back as the publication of A Vindication of the Rights of Woman? Penned by the 18th-century British writer, Mary Wollstonecraft, this text puts forth a seemingly basic concern: equal education and opportunity, and access to reproductive rights, for all. Interestingly, the tenants of feminism have remained virtually the same ever since. While the French were fighting their own countrymen for “liberty, equality, fraternity,” Wollstonecraft declared, “It would be an endless task to trace the variety of meannesses, cares, and sorrows, into which women are plunged by the prevailing opinion, that they were created rather to feel than reason, and that all the power they obtain, must be obtained by their charms and weakness.” Ah, if only the French had considered women on their political platform! For when we acknowledge the steady march of Kardashians across our senseless screens, we could mourn that nothing much has changed in two hundred years. The charm of nothingness abounds in our current culture.

Thankfully, despite the wide spread consent that women were basically witless, the Suffragettes secured the women’s vote with the 19th Amendment; yet, 5 decades later, as housewives waited patiently, albeit bored, by their newly updated electric stoves, still being denied entry into the emerging global world around them, Betty Friedan in her 1963 bestseller, The Feminine Mystique, echoed the collective question, “Is this all?” A new generation of woman once again sought equal education and opportunity, and access to reproductive rights. Fifty plus years later, this stalled conversation must continue across our globe.

Nigerian writer Chimamanda Ngozi Adichie “urges her audience to reclaim the word “feminist” and to say: “Yes, there’s a problem with gender as it is today, and we must fix it” (Lewis). Problems with education are at the heart of Malala Yousafzai’s mission to allow girls a basic education. For this simple declaration the Taliban attempted to assassinate her; thankfully the failed attempt only strengthened her resolve and many more girls populate classrooms today due to her brave response. But seriously, we aren’t even talking about college or careers or advanced degrees. How can we, in 2015, not decry, such a barbaric response to maintain misogyny anywhere on our small planet? 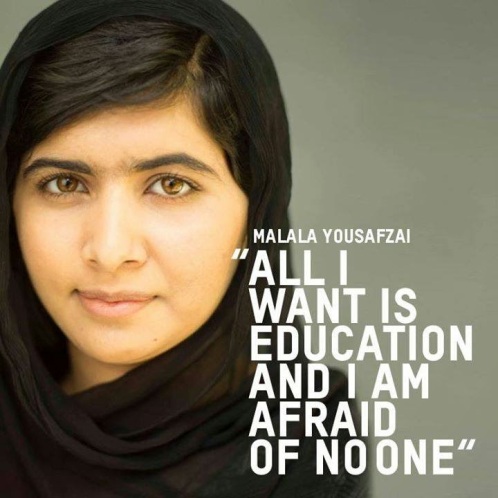 How can we not all support and recognize the title if we follow the logical definition of Gloria Steinem, “A feminist is anyone who recognizes the equality and full humanity of women and men.” Instead of a division, Steinem speaks of one view, regardless of gender. It is in this wording that we must embrace the title of feminist and allow our paradigm to shift away from glorifying the subservient woman, away from perpetuating the witless woman, and instead allow women power. Truly break the glass ceiling.

So, how about a woman president? Ready for that?

Steinem is a Hillary Clinton supporter and wonders if this might finally be her year. “Partly because of Hillary herself, as secretary of state, and her endurance, but also because of Maxine Waters and other women in Congress and in the public eye – we have gotten more used to seeing female authority in the world outside the home. It’s still tough, but it’s possible she could get elected” (Brockes).

But, you wonder, as I did, how does Ms. Clinton stand on feminism? Thankfully the gals over at Lenny asked her just that! 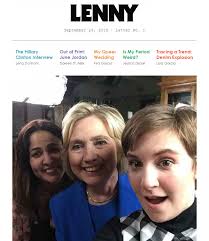 I think the question on every Lenny reader’s lips is: Do you consider yourself a feminist?

Yes. Absolutely. I’m always a little bit puzzled when any woman, of whatever age but particularly a young woman, says something like, “Well, I believe in equal rights, but I’m not a feminist.” Well, a feminist is by definition someone who believes in equal rights! I’m hoping that people will not be afraid to say—that doesn’t mean you hate men. It doesn’t mean that you want to separate out the world so that you’re not part of ordinary life. That’s not what it means at all! It just means that we believe women have the same rights as men, politically, culturally, socially, economically. That’s what it means. And if you don’t believe that about yourself as a woman, please, go ask yourself: Why? What is holding you back? And it’s not going to be good for you as a woman to be denying the fact that you are entitled to equal rights. And so, yes, I’m a feminist, and I say it whenever I’m asked.

by Lena Dunham for Lenny newsletter

Echo that Hallelujah and add an Amen. It is time for strong women in all walks of life to reclaim the objectives set centuries ago, yet still not realized. It is also time to look at strength in women as an asset and not a quality to admonish.

Is this post a ploy to sway your vote? I will admit that I hope the next president who walks into the Oval Office not only identifies as a feminist, holds broad enough views to include both genders, and furthers equal education and opportunity, and access to reproductive rights for all people, but, in fact, is a woman. Strong. Brave. Smart. And just crazy enough to want the job…

7 thoughts on “Reclaiming the F Word”