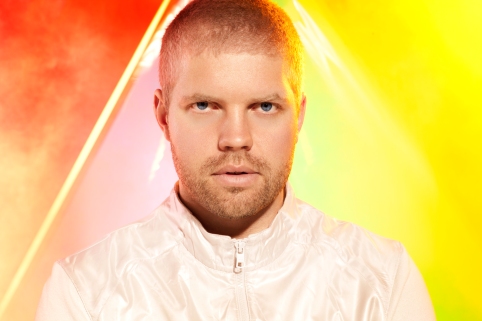 Why are people putting Morgan Page, the two-time Grammy nominated artist, and the larger-than-life Michael Jackson, in the same sentence?

“Morgan Page Presents: A MPP3D Concert Experience” is the answer! As a DJ who explores technology to push the boundaries of Electronic Dance Music, Morgan Page took a huge leap to incorporate a 3D interactive element originally created for Michael Jackson’s “This Is It” on his new tour. His 50 city U.S. and Canada tour will unveil spectacular immersive environments that will envelope Page and his fans in a sensory experience not seen before. “Visuals so real you can touch them!” 3D glasses will be handed out at the door and once on, concertgoers will enter the dazzling world of this never-before-seen adventure in visuals, light, colors and sound!

Morgan Page, along with a team of animators, set out to design an EDM concert like a 3D movie experience. “The whole idea is that these are immersive environments. It’s not like a screensaver or anything,” said Page. “We sat down and figured out which elements pair with the music and which colors and what sort of behaviors happen. There are some scenes where you’re in a forest, and it feels like ‘Avatar,’ and you’re being pulled through a forest. There are some where you are orbiting a planet and you’re circling around the planet.” Concertgoers will feel as if they are merging with the lyrics as they fill the space visually and audibly.

As the EDM scene grows to record heights (take Electric Zoo in New York City for example, which began in 2009 with 50 performers and drew a crowd of 26,000—flash-forward three years to a more than tripled crowd of 85,000 with 100 performers), more and more large-scale events are scheduled each year in major cities—yet, lucky for me, this ambitious tour of “Morgan Page Presents: A MPP3D Concert Experience” includes his small hometown of Burlington!

Several years ago, two University of Vermont graduates, Chris Garafola and Kyrie Weiss, had a vision of compiling EDM into one central location and materialized this dream in the website Stop Breathe Bump, (SBB), which not only took off worldwide but caught my attention and introduced me to electronic dance music. On SBB I gained favorites such as Kaskade, Eli Golding, David Guetta and van Buuren, but I felt particularly taken with Morgan Page. His attention to powerful beats, lyrical vocals and distinctive musicality kept him at the top of my playlist.

Morgan Page took time out of his hectic mid-tour schedule to answer a few of my questions via email. He stated with confidence, “We’ve brought the 3D show to 10,000 person coliseums and 400 person clubs with equal effect. You can experience the shows in different ways—socially as part of a large raging party, or even solo as more of a cerebral thing. It’s amazing watching people react. The 3D show illuminates the music in a whole new way and changes the entire experience. It’s even changing the way I write music.” Page went on to explain, “I would love to continue exploring the technology in ways that it serves as a vehicle to express the music.”

The MPP3D tour will introduce fans to new artists in areas that do not get as much foot traffic from big-name talent; cue Audien & Maor Levi who join the tour for the Burlington stop. Page said, “All these artists I picked are doing great things on their own, but I wanted to give an extra push and really champion them. I never really had anyone take me under their wing, so it’s nice to help out emerging artists.”

With only a little digging you can hash out the foundation of this world stage artist; for starters, while he was still attending Champlain Valley Union High School, Page was already DJing on the University of Vermont’s radio station WRUV 90.1 FM. Page explained, “College radio was a major factor. It’s how I discovered electronic music, and then my love for crate digging and the local club scene. But there was also an early interest in just good songwriting and folk music.” A young Page left a lasting impression on those who preceded him in the scene; Craig Mitchell, an iconic figure in the Burlington dance music scene noted, “I’m so proud of Morgan, who, when he was 16 or 17, would bring me CDs of his music at Max Mix in Burlington when I worked there. I was blown away by his talent and his humility. Over the years, after being nominated for two Grammy Awards and worldwide success, he still retains his sameness.”

Morgan Page’s drive propelled him beyond the Vermont borders to attend Emerson College where his passion kept him moving farther still. As he put it, “I saw a lot of my friends sort of ‘settle’ and trade their childhood dreams for the long road to the middle—hang around home, get married, and make some babies. This path is totally fine btw, but I felt endlessly restless in Vermont and wanted to escape the small town roots. I wanted to travel and learn more about electronic music around the world.”

Major recognition came Page’s way as early as 2002 with his recording of “Drifting into View” but it wasn’t until 2008 when “The Longest Road (Deadmau5 Remix)” from his debut album Elevate that Page garnered a Grammy nomination for Best Remixed Recording, Non-Musical. Page has never let up on his early passion— “Pursue your dreams, don’t settle, and don’t let anyone stand in your way—because you’ll have to face many obstacles along the way. The most important thing is to put the time in. Spend at least three hours a day pursuing your craft, and you’ll get there. ” Success followed success, and Page released album after album, each one a compilation of original work and remixes. His latest, In the Air, features Sultan & Ned Shepard, BT, and Angela McCluskey on the winning title track.

Not only is Page a master on the stage, he’s proven to be a man to admire in how he leads his everyday life. Last year in Huff Post, Page stated that he would “install solar panels on my roof, which will be enough to power the entire house, music studio, and car [Page drives the Tesla Model S]. All that energy that normally goes to waste will be directly fueling the music and the car, spinning the meter backwards but moving things forward.” Last spring this dream became reality at Page’s Los Angeles home.

Morgan Page created original music for this innovative tour but his set will also include favorites such as “Fight for You” and “The Longest Road.” Acquaint yourself with his vast catalog by following him on Spotify or listening to his radio show “Beats Per Minute” on iTunes or Sirius XM.

Craig Mitchell, pumped for Morgan Page’s hometown concert stated, “Stop Breathe Bump is a testament to what is and has been a growing musical proving ground for years here in Vermont.  They cut their teeth here on both the EDM and live scene and are now poised to take it worldwide. They have the drive, the vision and the ability to do GREAT things, as I know they will do, and I have no doubt that they will do it, while letting the world know that their roots are firmly planted here in Vermont no matter where they are based currently.”

While Stop Breathe Bump’s motto is “Life’s too Short for Bad Music,” Morgan Page echoes with, “Do It with Passion or Not At All.” Mitchell’s last words strike a similar chord, “[Vermonter’s] Morgan Page, Stop Breathe Bump, and even Phish and Grace Potter, should be an inspiration to creative people, young and old, that the future looks bright. Get your shades ready because the Lights are Coming.”

***A version of this story originally appeared in Seven Days newspaper.

4 thoughts on “Dance with Me”