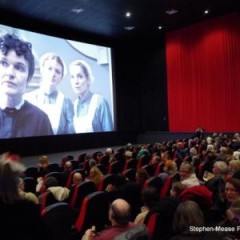 Yes, the Downton Abbey craze has hit my home, and by all measurable stats, this phenomenal series has entered living rooms and imaginations all around our globe.  Ever since Season 1 premiered in England during September of 2010 the buzz has only gotten louder. The show now is available in over 100 countries including Sweden, Russia, South Korea, and across the Middle East, propelling Season 3 to their largest audience to date. In my own family, it is followed with earnest devotion by my 85 year old mother, my twenty-something daughter, my middle-age self, and just about everyone in between.

120 million people have watched this show–5 1/2 million caught the Season 2 finale. So what is it about the Crawley family and the downstairs crew that serve them that compels across generations, across nationalities, or any border what-so-ever? That is the very question I have been asking myself ever since I, along with several hundred others donning period costumes, attended the super-fun one-day-early Vermont Public Television Season 3 premier on the Big Screen Downton Affair…

Downton Abbey is a collision between the traditional and the modern that makes for a paradox of contrasting elements running both within characters and around them. Take, for example, the Dowager Duchess herself, played by Dame Maggie Smith, despite her strict adherence to everything Victorian, she’s a secret champion to her granddaughter’s affairs; well, at least when it comes to Lady Mary. Okay, I guess this isn’t exactly proving my point, for what Lady Mary stands to gain by marrying Robert is the whole estate of Downton Abbey… but still, there is a rich complexity, a roundness to each character, upstairs or down, that defies their flat American counterparts in Reality TV from network to network. This cast of emotionally complex characters, written by Julian Fellowes, reveal themselves to us slowly, tiny morsels at a time, like the petit fours Mrs. Patmore artfully arranges on her silver tray.

Fellowes has tightly woven individual tales of his well-drawn characters using a pinhole focus. His are tight, confined relationships, spinning up and down staircases, but always coming back to the intimate, amidst the silver service and the starched apron of the parlor. We find ourselves rooting for triumphs, for the rights of Daisy, the scullery maid banished to the lowest position, to the jilted Lady Edith, posed under the portrait of King Charles I. (And I mean the actual portrait, for Downton Abbey is shot on location at Highclere Castle, about 70 miles outside of London. This real-life castle was redesigned by Sir Charles Berry, who was the architect of Britain’s House of Parliament, and is just as commanding a presence.)

So, what is it that compelled 7.9 million viewers to watch the Season 3 premier, 4 times that of any other PBS show? For me, beyond the lush red velvet world the Crawley family inhabits, or their loyal servants below, I am taken by the emerging modern world. Despite the rigid past, time is rushing forward, and these characters struggle together to adjust, just like we do. Lady Mary is equally inadequate at how to curl her own hair or how to respond to difficulties with her fiance, and to find a solution to either, she would be lost without the guidance of her lady’s maid Anna. Lord Grantham himself relies on the advice of his valet from what wine to serve to how he should proceed with his run-away daughter.  These relationships are formed more with the servants than with family, but through all these intimacies, comes a solution, and ultimately an acceptance of what might be coming their way. Changes roll them into a new era: a era where we now sit, in our living rooms, sans house maids, with even more change ahead…Yes, the Crawley family, despite their flaws and faults, teach us to respect our past while we step into our future.

Life lessons aside, is there anything more fun than a period piece that allows for you to play-act too? I so loved attending the Big Screen premier in period garb that I’m plotting a Downton party with scrumptious tea-sandwiches and whiskey cocktails. Seriously, I can’t think of a better way to cheer up a cold winter weekend! 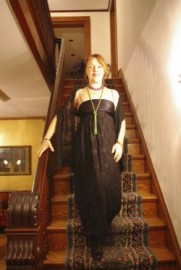 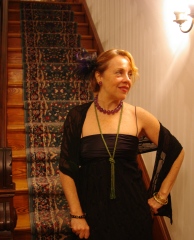 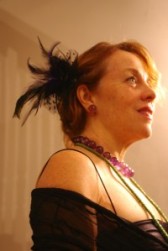 Season 3 Downton Abbey continues to enthrall and captivate, inviting us into the living rooms and kitchens of royalty and commoners, and in either making us feel right at home. Why not join the world-wide sensation? Hang some beads around your neck, place a few feathers in your hair, invite friends and family for a viewing,… and enjoy your ensuing Downton Dreams! 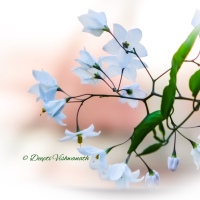 Poems, thoughts, healing, other art works (pictures, songs and videos not made by me belong to their authors, the rest being mine) © 2010-2046

Reflection is a way of life.

is the journey of souls