The morning started with a solid barricade of mountains rising up in my mind, leaving me, “cabined, cribbed, confined . . . ” I fought to maintain space, maybe even peace, but alas, something triggers something. “Then comes my fit again: I had else been perfect” (Shakespeare). I drag myself from one room to another, desperate for an escape, but not seeing possibility. Whether cause stemmed from the bigotry of Washington GOP to unify a white-only America, the endless stream of gray clouds covering my state, or the disconcerting stream of #metoo people crying out their abusers, regardless, my mood hit rock bottom. I drown in despair despite the fact I avoided his new lies and the “fake news” disclaimer we have come to know as a presidential retort; and even though I applaud the bravery of the women who are calling out their truth, as a survivor, I am grabbed backwards into my own stolen childhood, circling around in panic attacks and emotional shattering each time I hear their abuse stories. Victimhood is a badge no one asks for, yet one finds near impossible to shed. So yes, even with the no-listening-to-the-news weekend rule, following this dystopian-metaphor converging on a convoluted new world, the walls close in around me. I think too much about the future. Breath in, breath out. I must move. With cleats strapped onto my hiking boots I get myself outside and onto the nearest mountain trail. 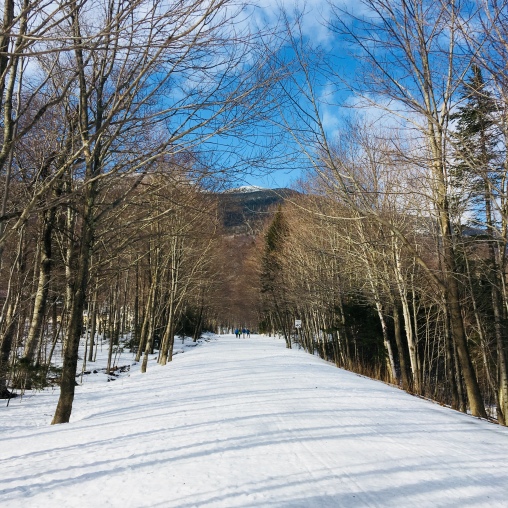 END_OF_DOCUMENT_TOKEN_TO_BE_REPLACED

Do you remember when you first discovered Ram Dass’s 1970’s iconic Be Here Now? When you cracked open that journey? I do…  only a teen unsteady on which way was up but I dove in all the same.

Those years revolved round myself. Being here now meant more time with an emphasis on present enjoyment. Chasing the next high until reality drifted out of view. Being present was pure frenzy. What may have started as new-age spirituality for others morphed onto immediacy for me and my crew, and even though there was the notion that we, this new generation, care beyond ourselves, to include all the souls inhabiting this one earth, the real focus was on one’s small private world, frequently spinning out of control, fast, then faster. From my vantage, Ram Dass ignited a wave of self-professed hedonists, of which I was yet another faithful fan, who heralded in reckless totality. By the time I reached my early twenties, the party had consumed too many around me; I was lucky to crawl out of the glitter alive. END_OF_DOCUMENT_TOKEN_TO_BE_REPLACED

All the thanks in the world for tuning in every week,

for letting me know when my writing touches you,

for reaching out when it’s so easy not to.

I so so so appreciate each and every one of you!

END_OF_DOCUMENT_TOKEN_TO_BE_REPLACED

Live like you would die tomorrow, learn like you would live forever! (Gandhi) All artwork, music and photography is of my creation and all are originals if not otherwise stated.

Created on a whim