There are some days when you just have to let your mind wander, play with sound and imagery through words, and just have fun writing. Every Monday I start each class with a 7 minute free write. These always amount to something. Something humorous or something profound, it matters not. Sometimes we are compelled to share and other times we tuck the scribblings into a private place. Regardless, we become a community of writers during those 7 minutes. Only the sound of pen hitting paper. Heads down and hands moving. Those 7 minutes fill the classroom with a thick pulsing creativity that you can feel as vividly as sunlight.
Last week, across the state, schools just about everywhere participated in Vermont Writes Day. Students and adults alike chose from several prompts and just wrote. You can be sure something profound happened in classrooms all over.

Several of my students’ writing from that day was selected to appear in the Young Writers’ Project digital publication, The Voice. Mine did too. The following is my piece, based on this photo, which although first disturbed me, once I realized it must be photoshopped, I let my imagination run with delight. I also made an audio recording, which you can listen to if you wish.

“Tipsy, Tipsy, where are you?”

My voice echoed off the lilac walls, and down the short corridor between my bedroom and kitchen. I leaned forward, hoping against hope for even the faintest response. But all I heard were the crows tearing it up under the boarder of pine trees just outside my window. All through the night I tossed, my hands reaching across, my legs stretching out, but there was no warm extra body. Just me.

Was Tipsy having one of her fits again? Or worse, did I forget to latch the front door, and she was out looking for trouble? Try as I might, that thought kept nagging me and nagging me, until finally I threw off the coverlet, slipped on my robe and started to look for that damn cat.

I peered under the bed, into my closet, all through the living room and kitchen chairs, but there was no sign of her.

“Tipsy?” my voice now revealing more panic than I dared admit. I retraced my steps, looked once again in her favorite spot: the battered box in the back of my closet where her old contracts were stored. No sign of her.

As I came back into my bedroom I noticed the window screen was knocked out. Without reservation I pushed up the sash and started to yell straight out the window, “Tipsy, Tipsy you silly sort, where are you?”

The summer air was cool, and through the stand of pines I could see glimpses of sunshine on water. The lake was still at this early hour as were the cabins that dotted the shoreline. Most weekend folks were just starting to brew coffee, plot their day, move slowly through their kitchenette. Each cabin separated by a small string of pines, but plenty close enough to hear laughter or discourse. No one would be happy I was yelling at this hour, but Tipsy wasn’t an ordinary cat, no, she was my meal ticket and my ward. And right now she was missing.

This wasn’t the first time. In fact, the reason she was mine to begin with was because the previous owner just couldn’t keep track of her. She had the heart of an adventurer. Fearless. I discovered fairly quickly that she could learn to do anything. She turned on lights for me. Could pop up the toast. Shut off the water faucet.

These simple tasks led me to try more complicated ones. Eventually I discovered Tipsy could spell, read minds, and loved to swim. Armed with these skills, I placed her in a cat carrier and drove down the Taconic right into Manhattan, where the leading Animal Media Agency signed her right up. It was our lucky day.

Tipsy soon had her own apartment, which I lived in. Her own car, which I drove. Her own cabin in the Berkshires, where we stayed for the month of July. And just recently, she bought her own boat, complete with a raft. She loved skimming across the water at breakneck speed. Something about being a thrill-seeker, she spelled out to me with her scrabble pieces, and needing more adventure. I tried to put my foot down, tell her a lake is too dangerous. She may love popping in the tub with me and some bubbles, but a lake? Even after the motor boat purchase, I tried to caution against the raft rides.

Then I heard it. The faint whine of a motor gaining speed, and the rise of children giggling. Damn it Tipsy, she was out on that raft, I knew it! I grabbed my sneakers and ran down to the water’s edge, robe and all, yelling out her name and a stream of expletives. There were rules, I shouted out.

That’s when I rounded the last bit of pine and saw her, paws outstretched, three feet above the raft, children airborne as well, and the boat speeding away as they all splashed into the depths of the rippling lake.

So how about giving yourself 7 minutes to write? Grab a pen and paper. Set your timer or just write for as long as you wish. Let your mind take you where it wants to go. You never know where you might end up! 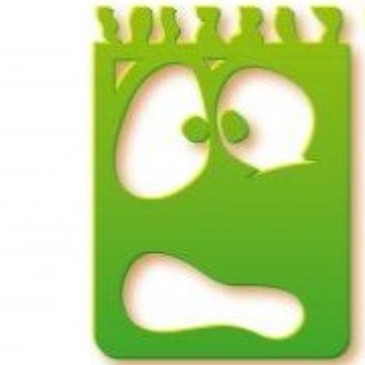 I love to write about everything. Writing relaxes me.