My fascination with Los Angeles began quite young, younger than I can pinpoint. But my first visit to the West Coast occurred the summer after I graduated from 8th grade.  My parents sent me to spend the month of July with my aunt and uncle who lived in a LA suburb with two of their four children still at home. This was fairly common practice in a large extended family. A few years either I had been sent for a two week stay with relatives in Montreal. But this trip, to California, made me the envy of everyone I knew in New Jersey. I pictured myself an overnight surfer girl. Taller, leaner, tanner, practically living on the beach, basking in the sunshine. It was the assumption of everyone I knew that I would return with golden hair and honeyed skin (despite the fact that my hair was a deep auburn and had skin that only reddened under the sun). Instead of this fantasy, my days were quite mundane: I learned to sleep to noon, eat drive-through burgers, and in fact, spend hours driving, for nothing was close in sprawling Cali. Strip-malls were everywhere and really there were as far as my aunt and uncle’s cultural foray drove me. I stepped onto a beach once. After the month, despite my friend’s disappointment over my pasty complexion, I vowed to return to the indigo sky lined with tall palms and air perfumed with night-blooming jasmine. Even that one could glean from the backseat.

After high school I did return. Packed up and made the move. This time I had Hollywood fever. Those hazy years are best left for me to ruminate privately. Quite simply, I tried to grab all that

Hollywood had to offer, but as a naive Jersey girl, I didn’t have the savvy to win that high-stake game. After only a few short years on La Brea and Fountain I fled back to more solid ground along the East Coast. There was no escaping it though, Los Angeles had crept under my skin. As soon as I touched down outside gray New York City I felt haunted by the LA sunshine, the warm ocean and the breezy ease, and immediately pined to return.

A few years later I did just that. This time I landed on Venice beach. Along the boardwalk, junkies and fruitarians blended, each driven by insatiable craving. Along side this dichotomous population, the pilgrimage to watch the sunset dominated our day. The whole sky electric for a shocking second before fading to that not-quite-dark night sky over a wide expanse of ocean. But, during that first year, I became a new mother and began the internal struggle many East Coasters feel watching their babies start life in a season-less town. Before my baby turned one the East Coast won the battle and again I packed and fled.

One baby led to another, and yet another. Once firmly established in the East we raked leaves every Autumn, dug tunnels in the snow come February, and cheered for the cherished Spring daffodils. Summer breezes reminded me of the inviting West Coast, but we stayed put this time, watching our roots grow down deep.

Nearly 2 decades later I returned for a week’s vacation with all 3. I witnessed each one of my children spark on that trip. It was clear that they felt a pull to shift coasts much like their mother.  Since then I made subsequent yearly trips as one after another of my children moved themselves to LA.

At first, when I visited one, before the other two moved out, I still could feel my own failed attempts lingering on the long boulevards. I saw what never materialized, and it took more effort than I wanted to spend to look up and see the cityscape anew. Returning to LA felt like a therapy session rather than a vacation. But one visit came on the heels of another and eventually my past melted into oblivion and my children’s fascinations brought me into seeing the now, their now. My last trip was complete joy. I felt all my initial love for the sky, the ocean, the flowers, as well as the traffic and teeming populace, all melded into paradise. 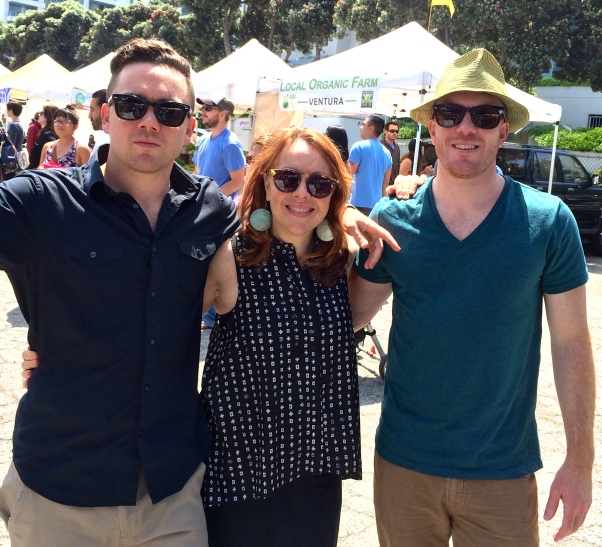 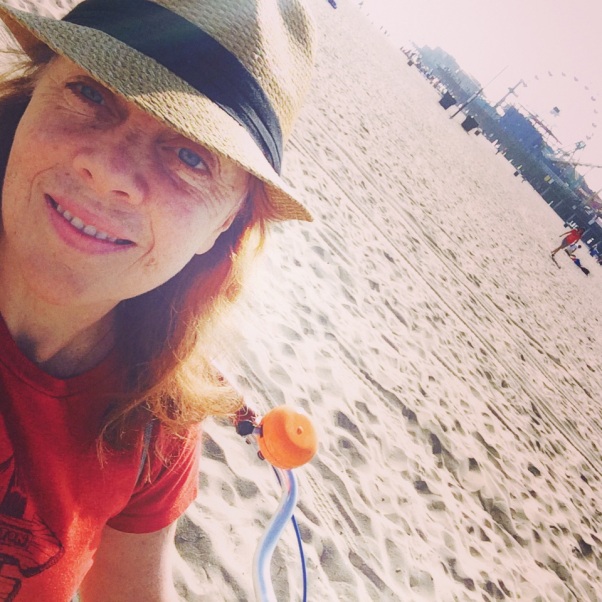 Changes? I witnessed so so many over the decades. Neighborhoods now all over LA where there were none. Trendy, artsy, bustling, yes all that, but pockets in which to love and live too. My now grown children’s lives are filled with passion and struggle mirroring the wild city shifting around them. I am grateful to join them as often as I can, my east coasters gone west coasters, my shinning stars. Glad too that once again Los Angeles looks like home.

She keeps adding lights and seriously that’s good… #lightitup #bringonthelight #lightthedark #hope is what we all need 🎄❄️🎄 #tistheseason ❄️🎄❄️ #illumination by @mjbouvier ❄️
running straight into some chill time ❄️ #winterrunning #fridayvibes 🚀 #daysend #gratitude 🙏🏽
Thank you to all who granted me support through this crazy and fabulous month of writing. I must say I’ve been haunted by these characters for quite some time, like a nagging but delicious preoccupation. I found them ready on day one to tell me all. But I had to coax their motives and secrets with patience. I am proud of the whole crew, they showed up like most of my characters, in tatters, stubbornly rooted in their respective pain. In the end, wow, in the end, they made me weep in a joyous relief for each of them. Want to read a snippet? Check out the #newblogpost #linkinbio #nanowrimo
After 22 months I’m finally diving back in! 🐠🏊🏼‍♀️🥳💙 @tsh.stowe #happyplace